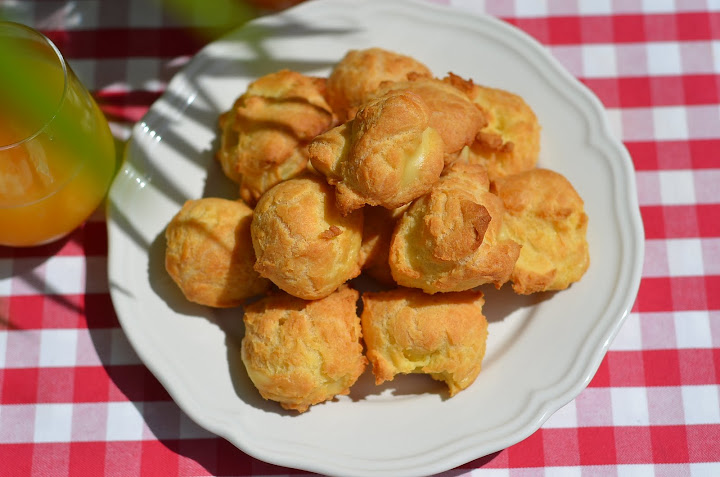 Eclairs are likely to have appeared in France in the nineteenth century. This popular desert is eaten globally. Some food historians believe that the eclairs were first made by Antonin Careme (1784-1833), a renowned French chef. The first known recipe for the Eclair in English appears in the book “Boston Cooking School Cook Book” by Mrs. D.A. Lincoln, published in 1884.
The word eclair comes directly from the French word, meaning – “Lightning”. No one is sure why the test was named the lightning. Some say that the ease of pastry and soft filling is the cause of the name. But more likely, because of the small and light form of a cake, it’s a mouthwatering desert that makes people want to eat it in the blink of an eye.
Eclairs, custard or cream whichever you like – some of my favorite pastry. I love them for their combination of light airiness, slightly salty dough, and sweet custard. It’s a delicious dessert but it does take a little effort to prepare. The cakes aren’t great if you’re on a strict diet but it’s not a sin to eat eclairs a few times a year. 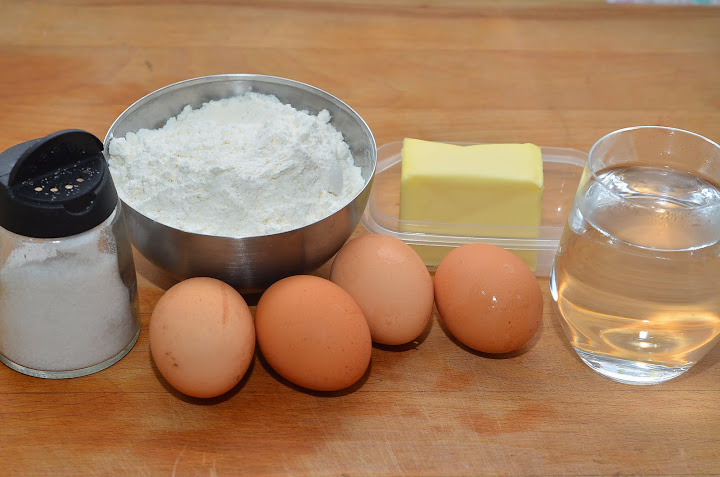 1. Boil water, melt butter in the water and add salt. 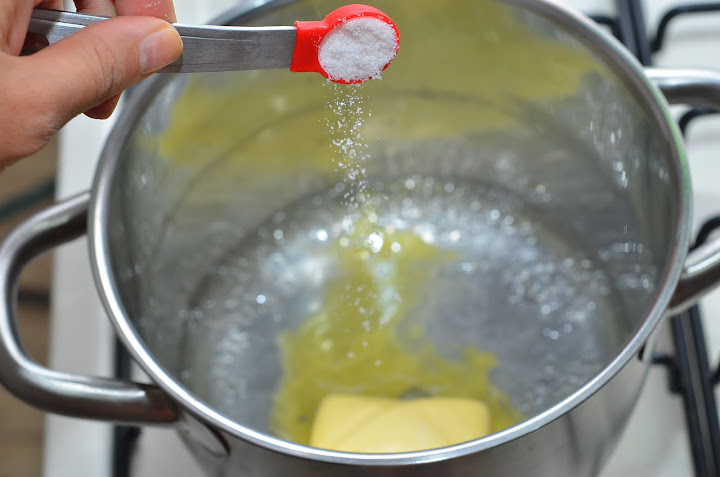 2. Add the flour and thoroughly stir with a wooden spoon. 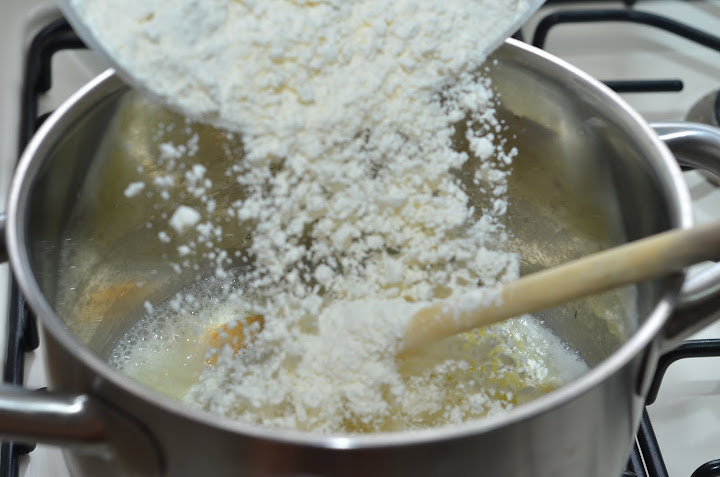 3. Once the dough begins to move away from the walls, roll into a ball, cook it a few more minutes and remove from the heat. Allow the dough to fully cool so the eggs do not cook. 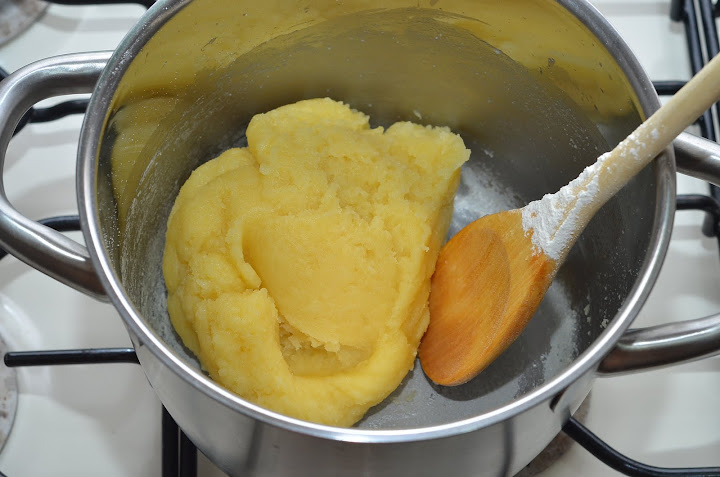 4.  Once the dough is cold, start adding the eggs. One by one. Once one is added, stir until smooth, continue adding the rest of the eggs one by one. 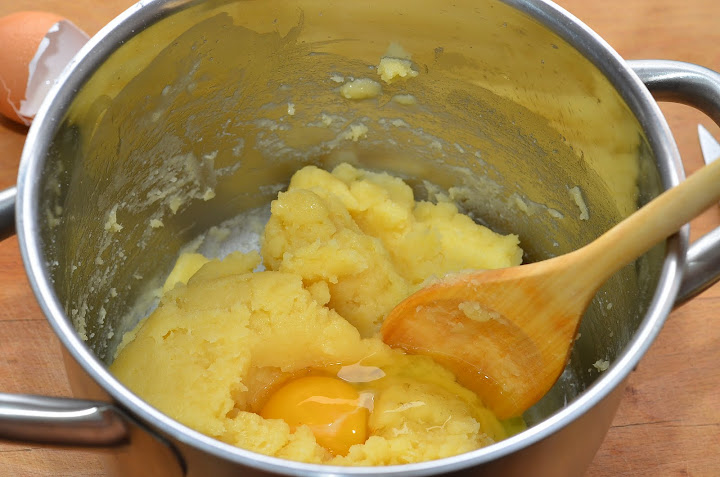 5. When all the eggs are added, the dough should be soft, airy and shiny. 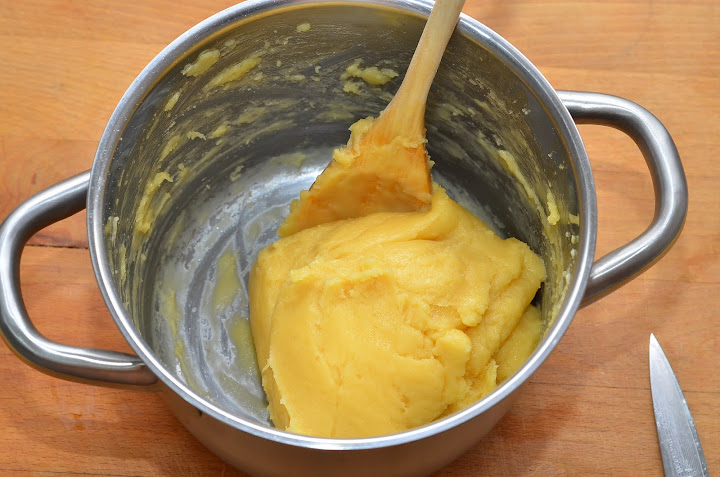 6. Heat the oven to 180 degrees. Put a sheet of baking papper on a greased tray. Using a teaspoon or a piping bag, form tubes of dough about 7-10cm long or balls. Bake in the oven for about 35-45 minutes until golden brown. During the baking process it is important not to open the oven or the eclairs will lose air and fall. 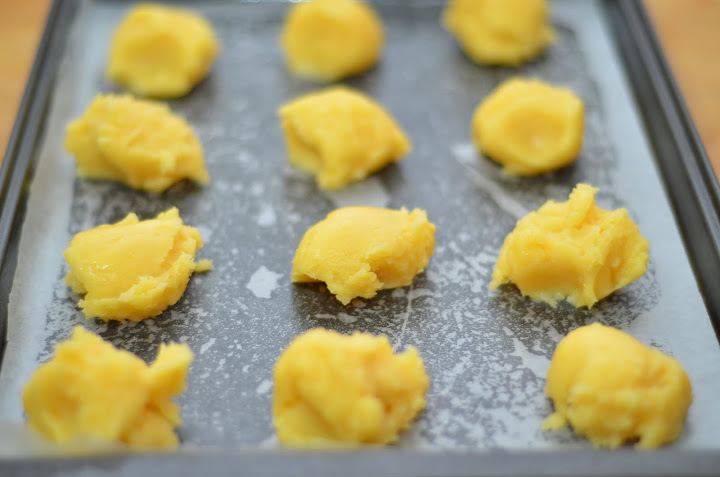 7. Voila! The eclairs are almost ready. Inside, they should be hollow, they can be filled with all sorts of fillings. 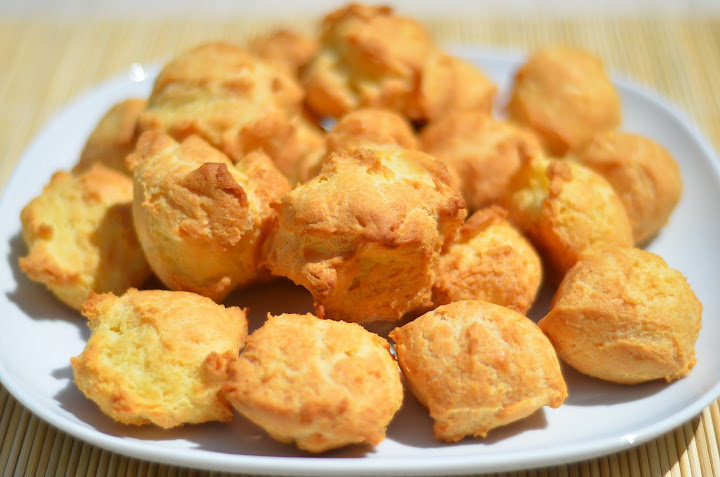 8. When the eclairs have cooled slightly, makes an incision in the pastry and fill it with 1- 2 teaspoons of custard, depending on the size eclairs. 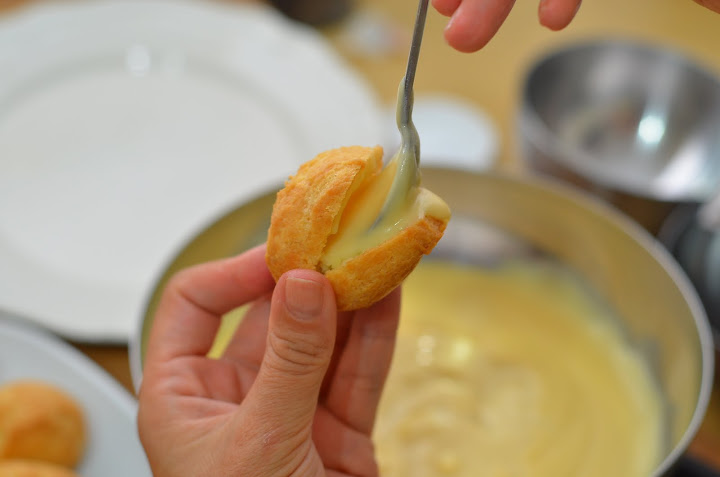 9. That’s everything! The excellent airy eclairs are ready, now you have a lovely treat on the table. 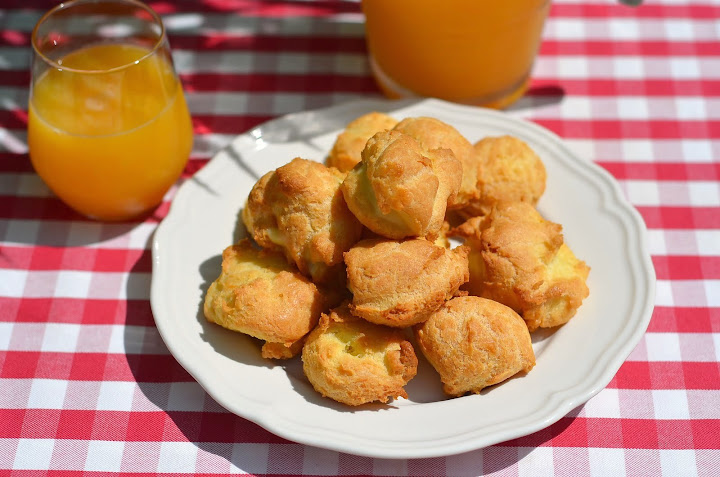