Risotto with mussels and shrimp 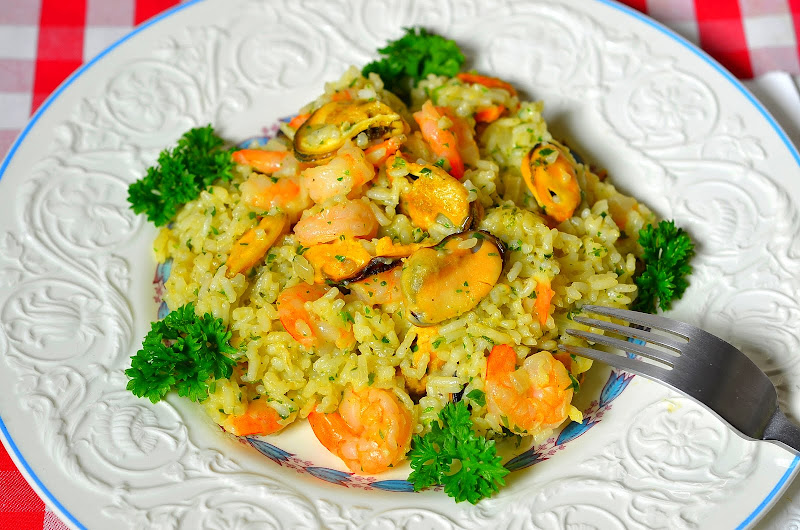 The arrival of rice in Italy was a controversial issue.It is known that the Arabs brought rice to Sicily and Spain.  They probably got it from India and distributed it so it could be used in their territories. Rice was bought into the valley of Po by the fourteenth century, probably from Spain, which had a perfect environment and climate for rice:  flat plains, an abundance of water and humidity. The production of rice has developed immensely, so rice become a major part of Italian cuisine.Risotto is a classic Italian dish of rice cooked in broth to a creamy consistency. The broth can be meat, fish or vegetable based. Many species include parmesan cheese, butter and onions. This is one of the most common ways of cooking rice in Italy. 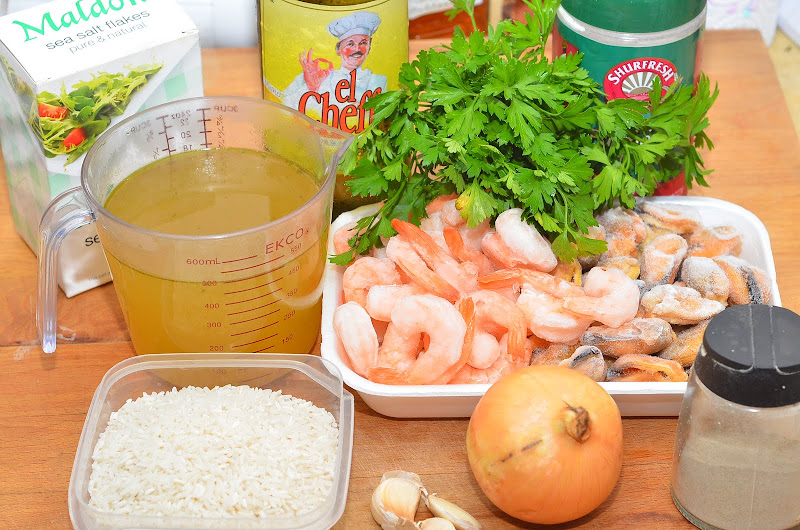 1. In a heavy-bottomed pan melt the butter in the olive oil. Add the onion and minced garlic, cook until golden brown. 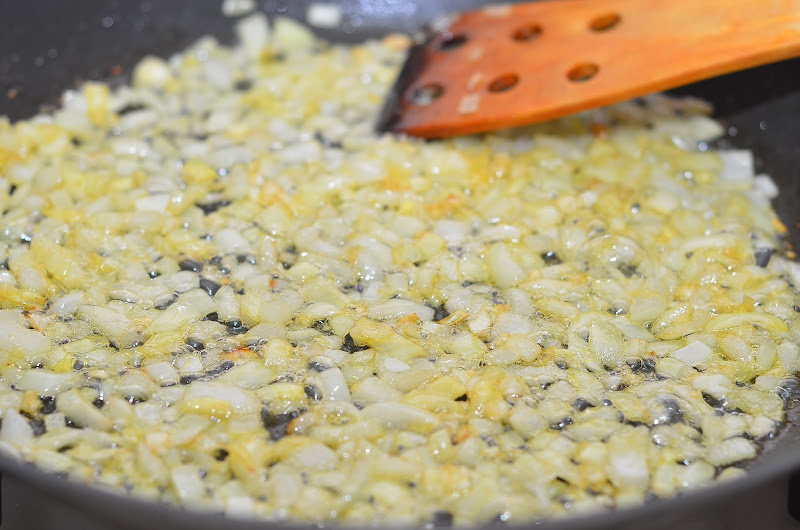 2. Add the rice, stirring continuously with a wooden spoon, fry for about 3 minutes, until the rice has absorbed the oil. 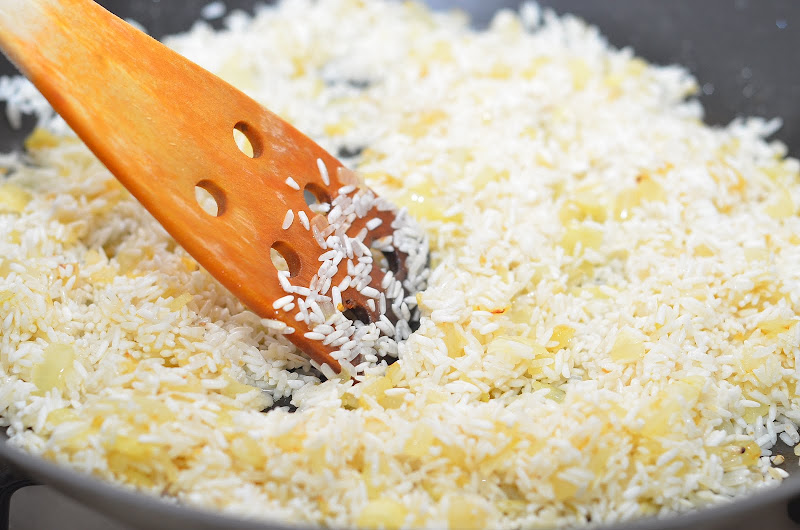 3. Add the wine and cook over a high heat for about 8-10 minutes, stirring consistently. 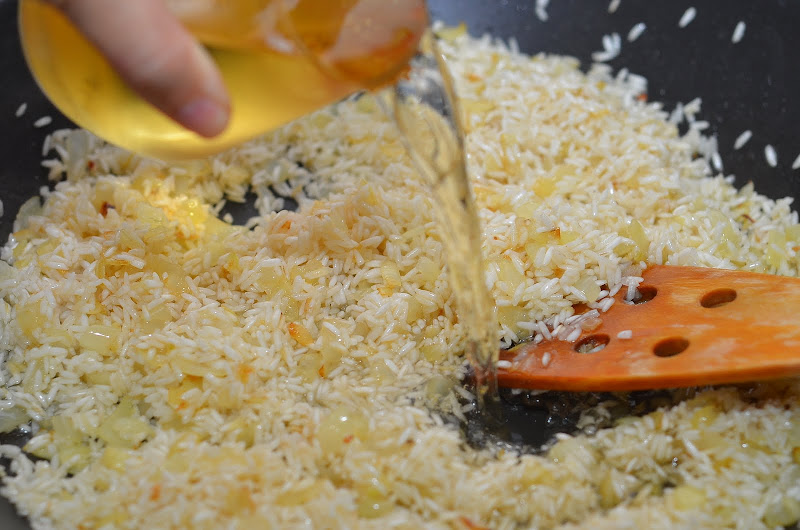 4. Cook until the wine has nearly completely evaporated. 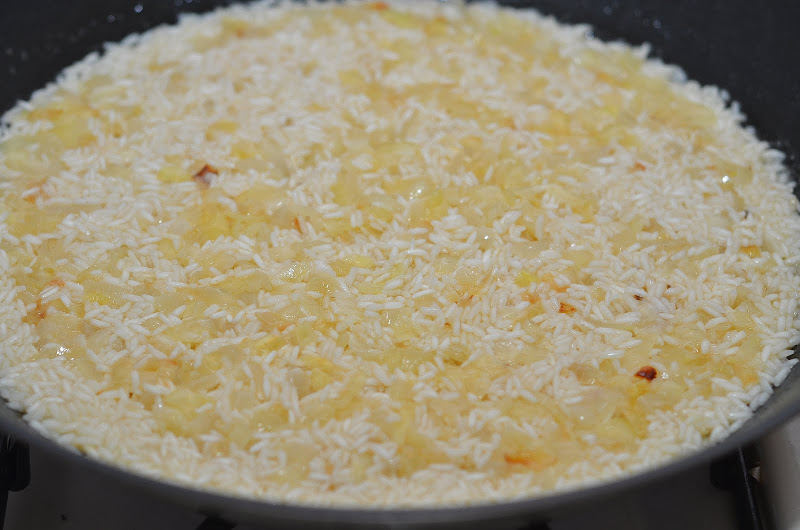 5. Lower the temperature, and begin to gradually add the stock, stirring consistently. 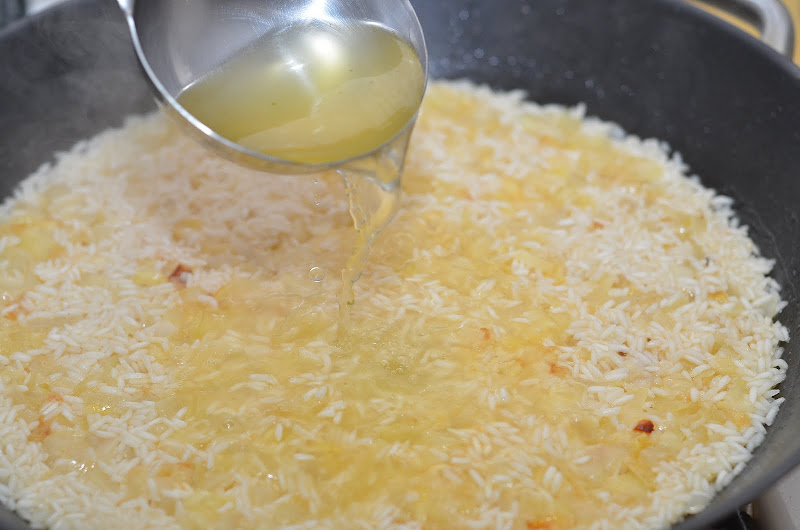 6. When the stock evaporates add a new portion of stock, stir and allow to evaporate, repeat the process until the all the stock is used. If the rice is not quite ready use portions of boiling water. 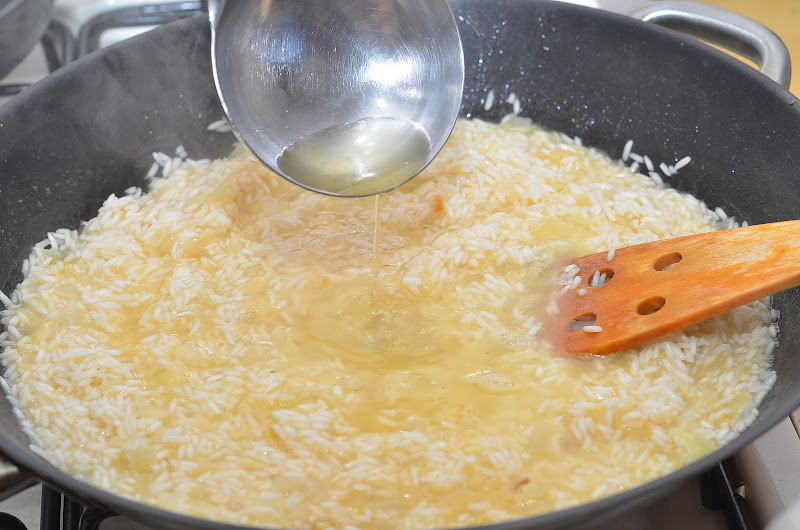 7. About 5-7 before the risotto is cooked add the seafood. Season with salt and pepper. Mix well. 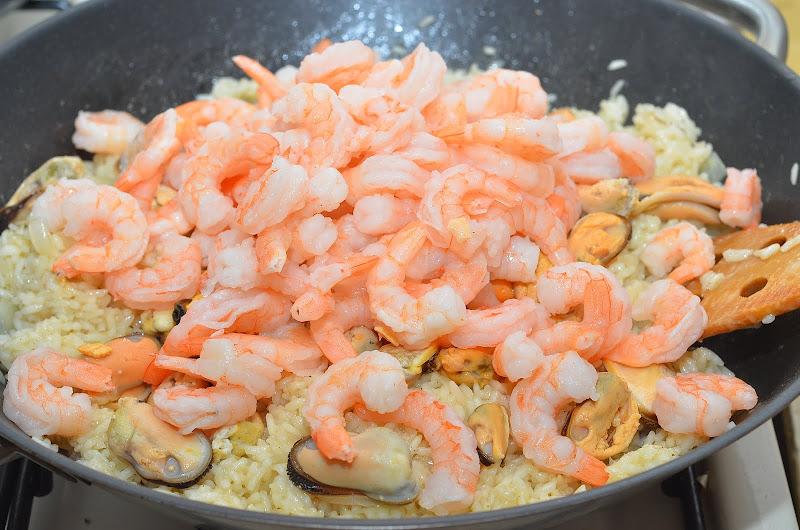 8. When ready, add the Parmesan cheese and 2 tablespoons of butter. Cover with a lid and let it sit for 5 minutes. 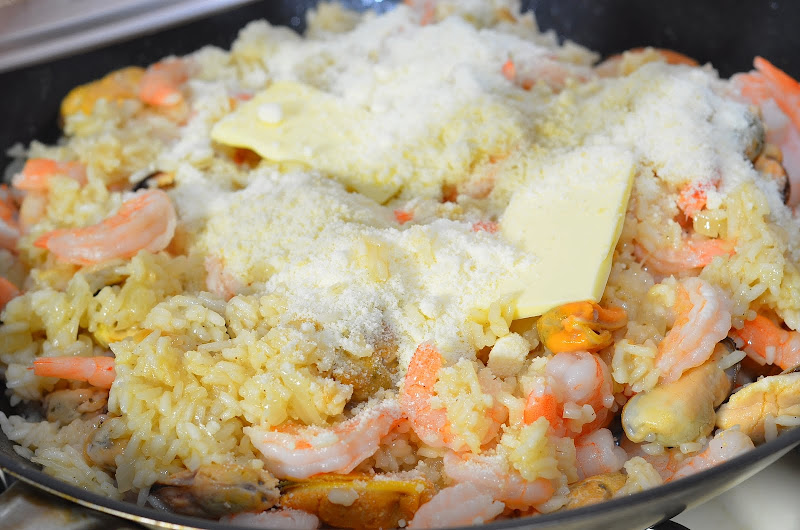 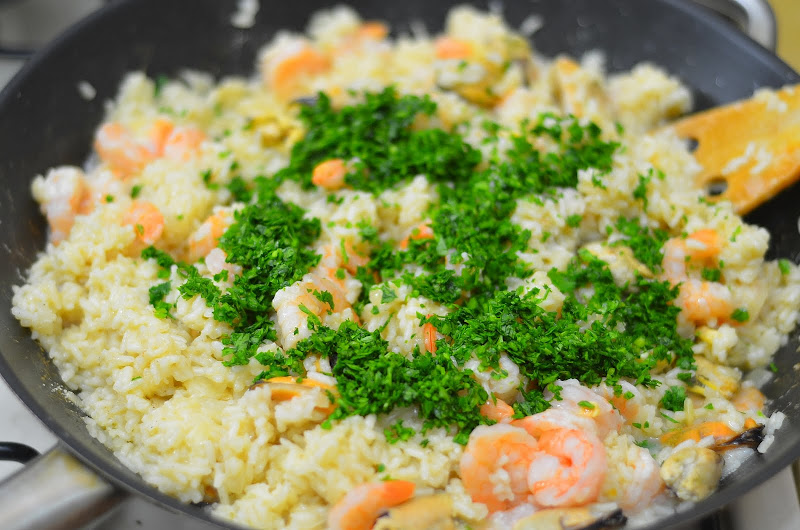 10. Voila! The risotto turned out very tender and flavourful with a cheesy flavour and creamy texture. This is the simplest and most basic recipe for one of Italy’s most popular dishes. The seafood can be replaced with any sort of flavourings, such as mushrooms. 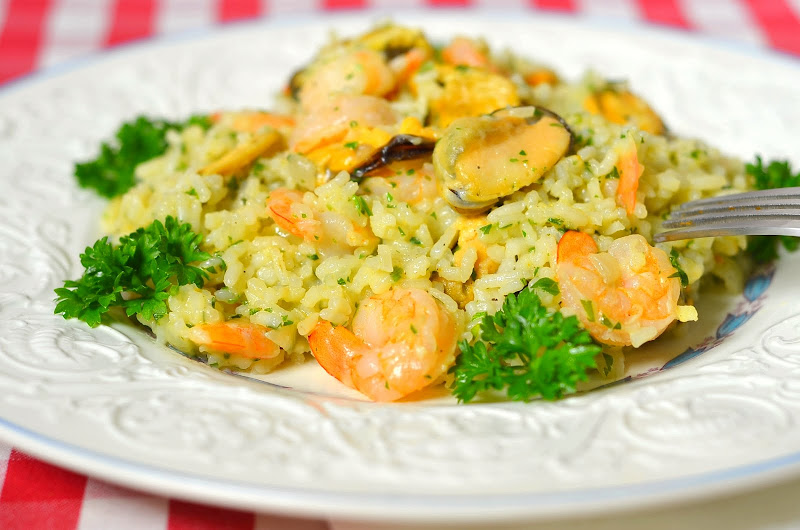